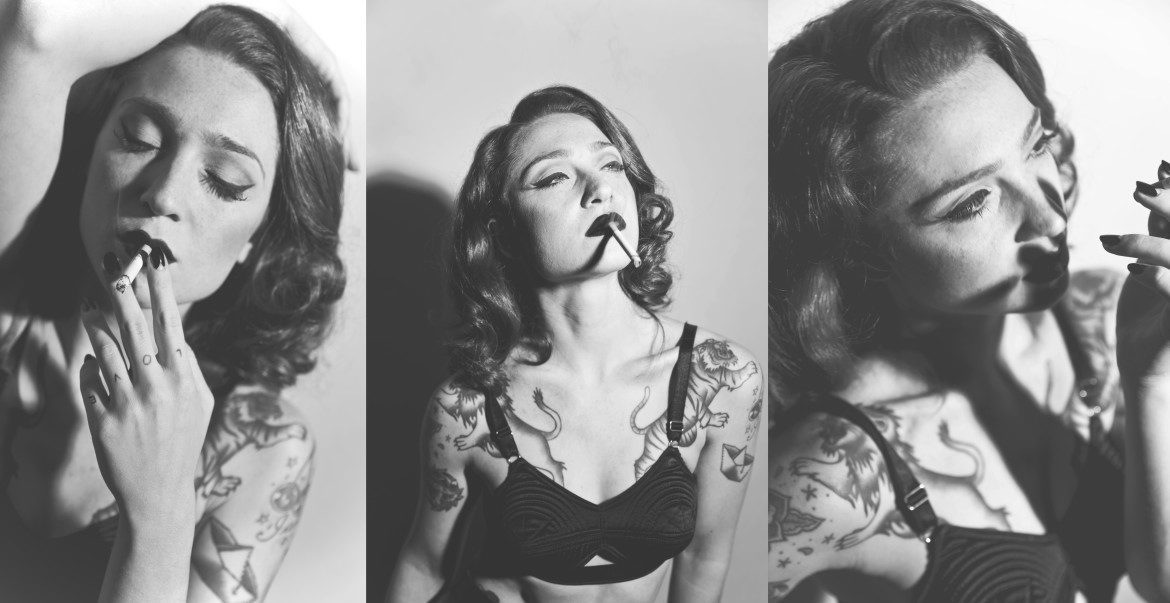 TATTOO IS NOT A CRIME

Who is Janet Fishietto (your soul / how you see the world)?

Janet Fischietto is a performer of Burlesque and Vaudeville, which embodies the “tattooed woman” of the freak show / side show of the century. I like the idea to revive this genre, and so, in a world-studded images, fast and continuously accessible, I like to make a contribution aesthetic / visual appearance of a certain level. In addition, the idea of ​​Tease and I do not see, at the same time entertain the audience with my shows, I find it an interesting idea. Today everything is now, by explicit pornography … I find unusual and delicate propose instead a show where I mix circus skills: trapeze and dance that create the imaginary right of quell’esoticità and fairy tales long gone. Play with the charm and with the idea of ​​dream, my work is in hand, recreate the forgotten atmospheres, moods and ways that are so distant from today: for the ways and for the feigned innocence that maybe certain characters dramatized to trigger thoughts rather more ‘alluring as only the notes divas of silent cinema could do.

What does it mean for you to get on stage?

Hop on a live stage is a single emotion, different each time, where the basic you know what you bring on stage, but every time that “my blood” is in contact with the public! Really strong … do not go down ever again ‘!

What would scream the world and to change or improve?

The sentence that I often say, a bit as a joke and a laugh arouse the people, a bit because basically I think is that “I feel better naked than dressed!” Too many preconceptions, too much malice, little attention to how beautiful and liberating experience the reality of how we are without taboo. I don’t mean that we should turn all naked, , is a metaphor , and get really rid themselves. The expression is first of all … the grow up people should never stop playing, play, draw, mess, create, etc … The idea of ​​shaping themselves as a true artwork is a purpose far more old, so many characters in history and especially in the most recent of the last century, have staged themselves in their lives. We’re talking about artists, writers, dancers, performers, designers, I quote a few D’Annunzio, Baudelaire, Cleo De Merode, Elsa Schiaparelli, Claude Cahun, Barbette, etc., of different areas. The phrase “Under the mask another mask, will not stop never to lift these faces” is a famous phrase of C. Cahun, is a metaphor for life. An artist, as well as any individuals who are able to create, must be prepared to show, sculpt, without changing borders and preconceptions.

The tattoo that you’re most fond of and why …

Each tattoo is part of the process of the creation, but what ever they are more ‘is fond of his chest, tiger and lion , subjects I decided to wear as they portray my temperament and my determination.

Why did you decide to become a performer?

I have not decided if you’re a person who loves their passions is inevitable that sooner or later they invade your world and become an integral part. I am a performer and an artist, it would be ungrateful not to pursue my flag “Make your life the greatest show”

From September 27 to 29 I will perform ‘for 3 days on the main stage of the Tattoo Convention in London. 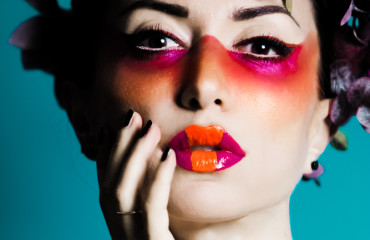 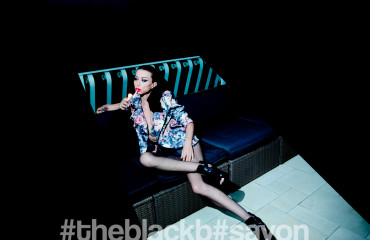 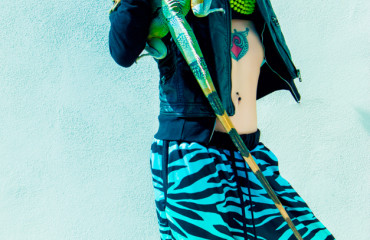 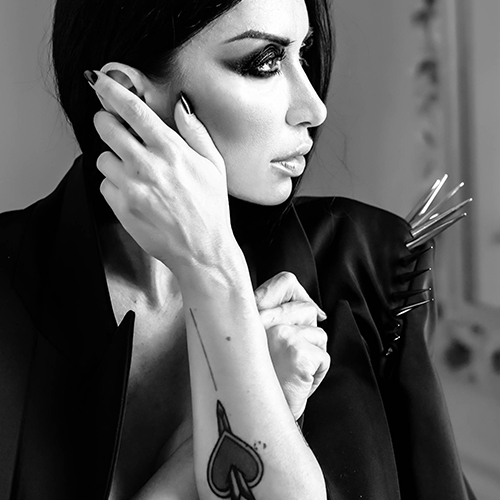 BARBARA BOZZINI aka THE BLACK B I’m an ANTIFRAGILE, my brain gain from disorder, Research is my breath. Keep this kick and make it useful to be your self! with <3 B.

Per disattivare Google Analytics: Opt Out